Farmers, Markets and Reforms: Much ado about nothing

The Crisis in Indian Agriculture is real and continuing. In last 25 years more than 3,63,964 farmer suicides recorded by National Crime Records Bureau. The average Indian farming household earned `8,931/month (`1,07, 172/year) in the agriculture year 2015-16 as per the National Financial Inclusion Survey of NABARD released in 2018. This income also comes from several sources and only about 35% comes from the cultivation.  For rest of income farmers depend mostly on wage labour and in areas where second crop is not taken up during rabi, people migrate to urban areas in search of work. They migrate back to villages during may-june to take up the kharif crop (if they own a piece of land) or find some works in the villages. 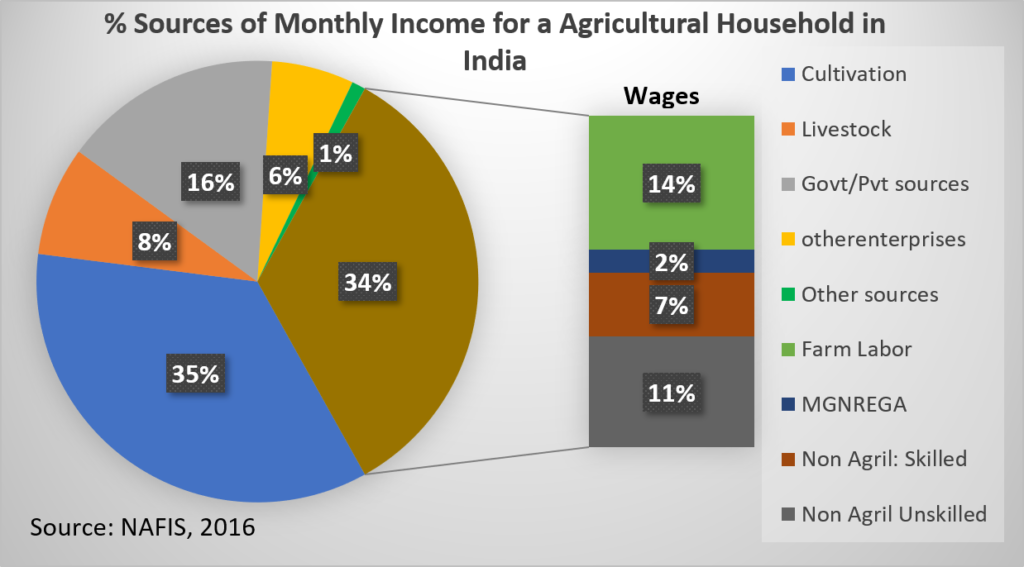 Two major reasons behind this this being Average landholding being around 1.15 ha and is constantly being on decline (Agricensus 2016). second being increasing costs of cultivation and constant/reducing prices in the markets. While agricultural departments/Universities were always talking about new technologies to increase the productivity, there by increase the income, these technologies only increased the costs of production as the paid out costs increased and the ecological crisis these inputs like fertilisers, pesticides, GMOs etc have brought in further ecological risks. The climate change further added to the crisis in terms of increased crop failures. 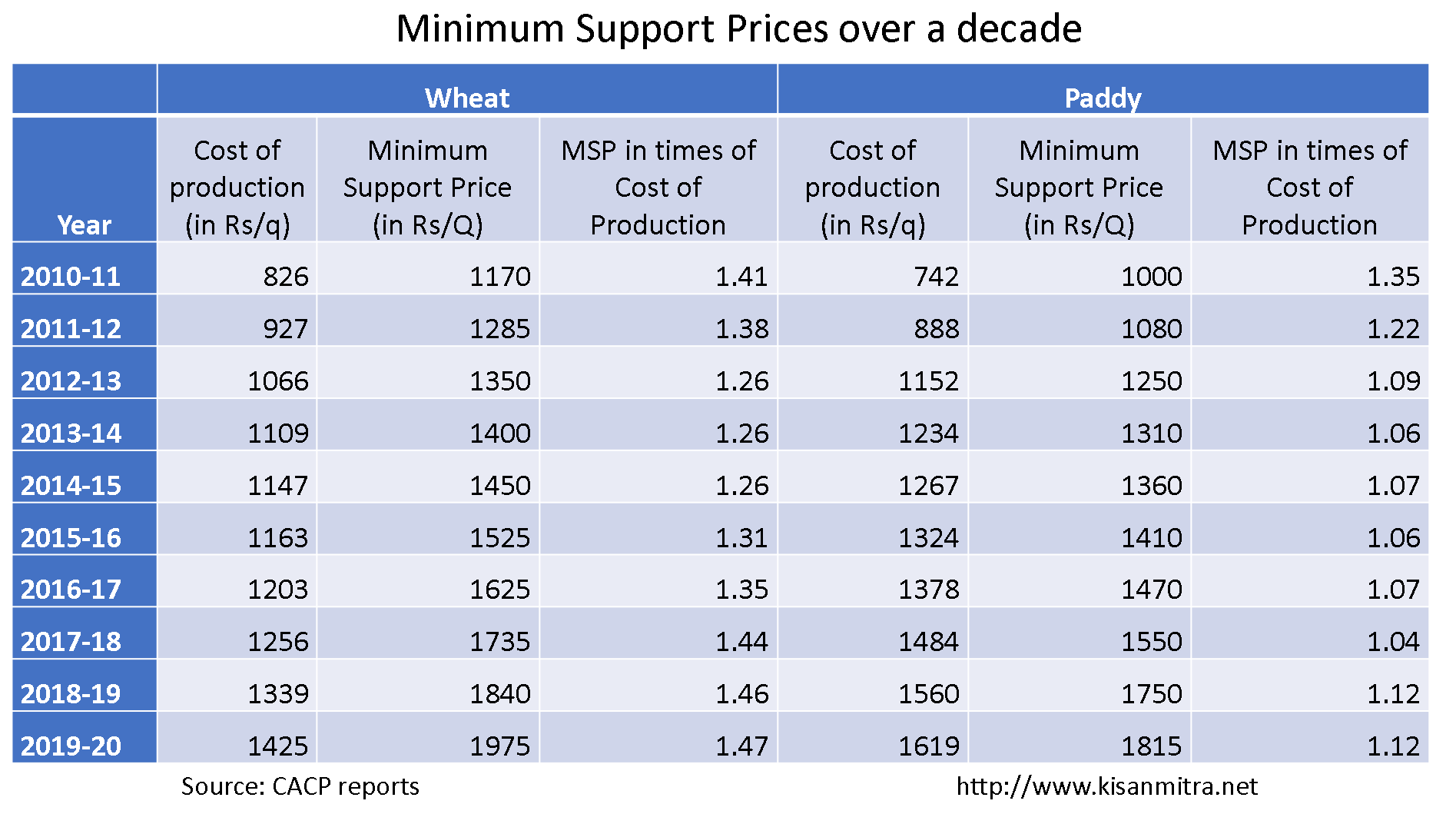 As we can see in this table the costs have increased significantly over decades, but the prices have not increased. We can also see a variability between crops for eg. MSP of wheat was 1.47 times of cost of production (C2) while it was only 1.12 for paddy as per the reports of Commission on Agricultural Costs and Prices.

While MSP is declared for more than 24 crops (https://farmer.gov.in/mspstatements.aspx) procurement largely happens only in few crops i.e. paddy and wheat by Food Corporation of India: https://fci.gov.in/procurements.php?view=87, pulses and oilseeds by NAFED: http://www.nafed-india.com/Home/ProcDispoDetails Cotton by Cotton Corporation of India: https://cotcorp.org.in/procurement.aspx  and others by respective state agencies by MARKFED etc or Sugar cane by sugar industry and palm oil by Palm oil industry. However, the MSP system is caught with its own problems in cost estimations, price determination and delivery mechanisms.

To summarize, the key challenges farmers crisis are

It is in this background we need to see the new market reforms bills which were passed by the parliament and later became Acts with Presidential approval and notification. Do they change the fate of these farmers as claimed by the government and double the farmers income by 2022? or completely destroy the small holder agriculture who form about 87% of the Indian Farmers as claimed by the opposition parties? Are the demands by the agitating farmers and the opposition are real and will solve the farmers? are the questions which are in front of us.

First things first. Every law/policy is made in a particular context. When the situation changes and new learnings comes in we also need to change them. We need reforms in the existing laws which were formed during a different context.

Changes to APMC act: Agricultural Produce Market Committees were formed to ensure fair price negotiation, fair weighment and payment to farmers. Across the country there are 2558 Market Yards & 4388 Sub Market Yards where farmers can come and sell their produce. Licenses are issued to the traders who can buy in these market yards. Apart from the purchases under Minimum Support Price operations by FCI/NAFED/MARKED private buyers also can buy the produce for their requirement. It is either by a open or closed price quote.  These markets are not accessible to most of the farmers, due to the distances, lack of facilities and little marketable surpluses.